The Lord President is the head of the Scottish judiciary and has a wide variety of roles.

One of these is the responsibility for regulating the legal professions in Scotland.

This role is held on behalf of the Court of Session, Scotland’s highest civil court. 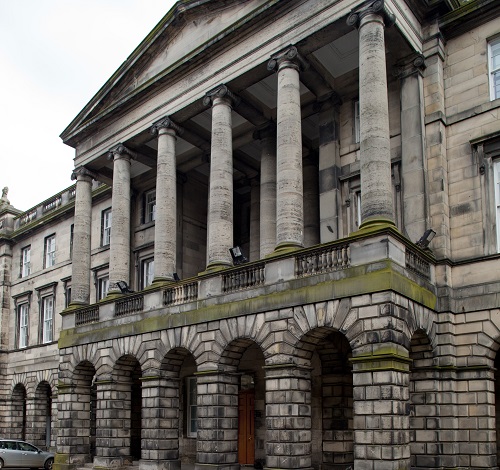 This guarantees that the professions are kept independent of the Government and free from any kind of political pressure. It ensures that lawyers can give their clients the advice they need without ‘fear or favour’.

For more information see a table of the statutory functions the Lord President exercises in regulating the legal professions.

The Scottish Government is holding a consultation on the regulation of the legal services. The deadline for responses was 24 December 2021 and the Government is now considering the submissions.

Senior judges responded to this consultation pointing out the need for the regulation to remain independent of the Government and Parliament to ensure that the rights of citizens and the rule of law are protected. Improvements can be made within the practice of the system without removing the regulatory powers of the Lord President and the independence which he safeguards.

Read a summary of the response submitted by the senior judges.

Read the full response submitted by the senior judges.

The Scottish Government consultation is based on the Roberton Report which reviewed the legal services in Scotland. In 2019, senior judges responded to this report and this response is also available to read.

The Scottish legal professions are made up of lawyers such as advocates; solicitors; and commercial attorneys.

The Court of Session has responsibility for the admittance to many of the legal professions. For example the Court is responsible for admitting people to the public office of advocate or removing them from that office.

The Court has handed down some responsibility for the routine regulation of advocates, solicitors, and commercial attorneys to their professional bodies, the Faculty of Advocates, the Law Society of Scotland and the Association of Commercial Attorneys. However the Lord President has the ultimate responsibility for regulation of the legal professions.

Any changes to the rules regulating the professions must be approved by the Lord President. He will take into account all the relevant information before considering, revising and, if content, granting approval for the change.

Read more about these rules and procedures.

The Lord President and the Court plays a role in the operation of the Scottish Legal Complaints Commission (SLCC). The Court oversees the complaints process by considering appeals against decisions made by the Commission. Members of the SLCC are appointed by the Scottish Ministers making the role of the Lord President, as independent of Government, particularly important.

A new law in 2010 widened the legal services market in Scotland so that businesses could be owned by solicitors and non-solicitors together. To safeguard the independence of the solicitors, an important role was given to the Lord President to regulate the new business models. For example, the Lord President must agree to any government regulations about which kinds of other professionals lawyers can own businesses with.

Regulatory responsibility must lie with the Court and the Lord President in order to ensure the independence of the legal professions and the judiciary. The courts often decide disputes between citizens and the State and lawyers advise clients in those disputes. This means the courts and lawyers must always be entirely independent of the State in order to protect the rights of citizens and the rule of law.